Traditional, yet modern Hungarian patterns were placed on the wall of a restaurant 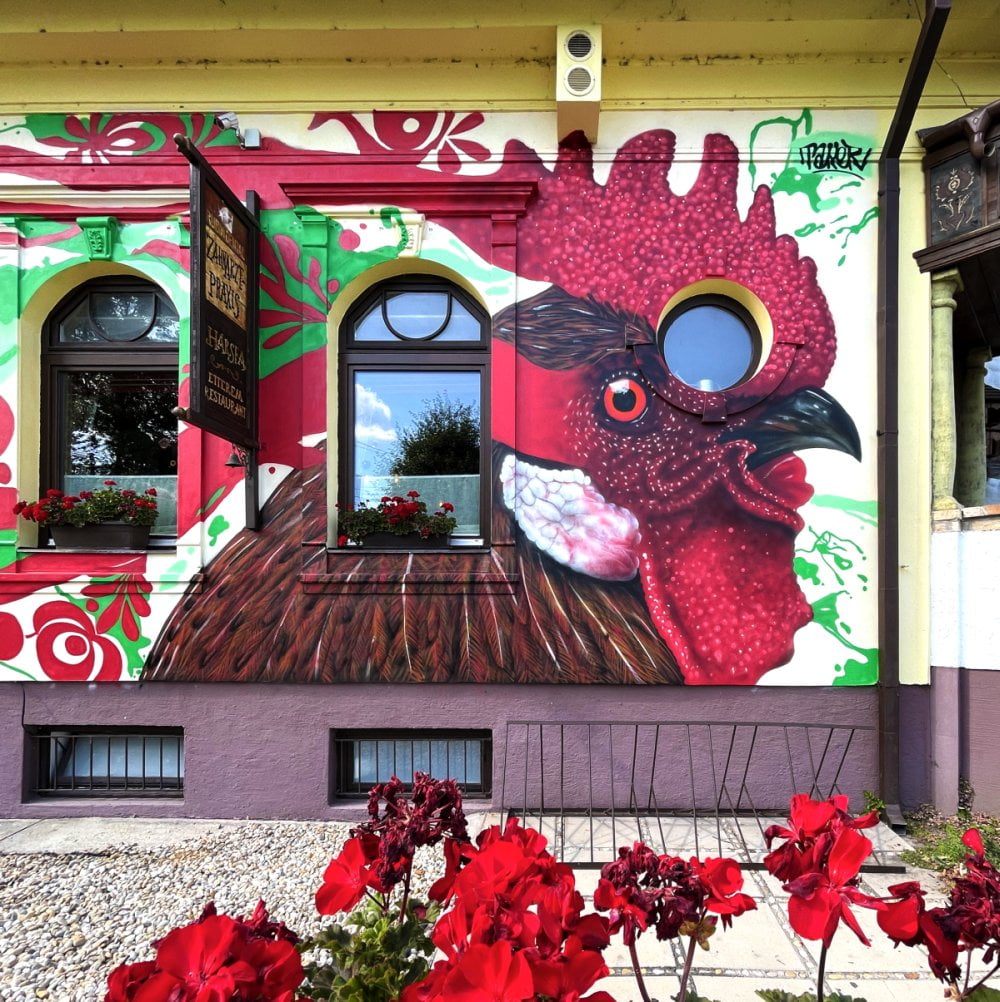 What happens when traditional Hungarian patterns are reimagined by a street artist? The end result is a stunning photorealistic painting that even has the rooster crowing.

Taker of his latest work in Mosonmagyaróvári Harsfa Restaurant hosted, where guests are welcomed with traditional Hungarian dishes.

"The original decoration of the wall was done with restrained traditional Hungarian patterns, the request was to keep the traditional theme, but still put a more modern, striking work on it. The idea was that I transferred some of the schematic patterns found on the wall, specifically the tulips and the rooster, into a photorealistic display, and recently I re-mixed the traditional patterns in all the splashes that appear in my work, so that something from that visual world remains.

says Taker, who was fed great food during the painting process. Since this really turned out to be quite a powerful visual, the expectation was that it would be divisive; some people either really like it, or it feels a bit too much. Although there was also feedback on the latter line, it was a little surprising for Taker, but in a happy way, the overwhelming majority evaluated the result absolutely positively. 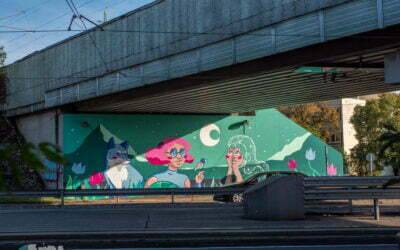 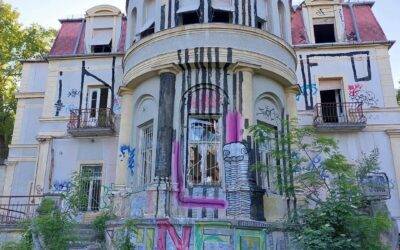 His works are absolutely suitable for such places, which are already so destroyed that they can only be repaired. 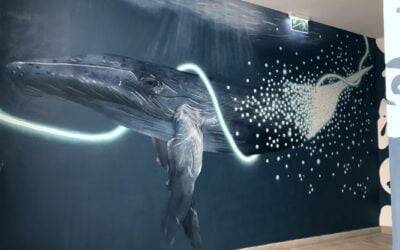 Street art has moved into the Siemens office building